Day 5 was more of a Central Park Orientated day and of course it decided to rain a little bit. We started the day by jumping in a yellow taxi to The Dakota Building which was where John Lennon lived and got shot – Yoko Ono still lives there.

Accross the road is Strawberry Fields and this is where John Lennon’s Imagine memorial is. We actually got lost trying to find it so if you ever go, just go straight forward or just follow the crowds! 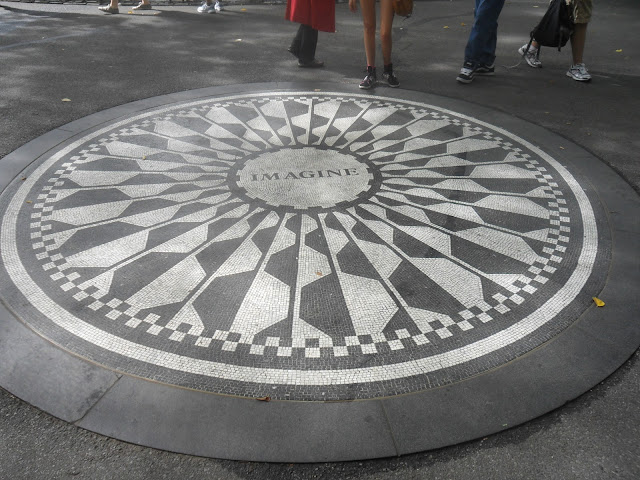 The next place we visited was the cutest tea shop ever! It was Alice In Wonderland themed and it was just so pretty inside! We went for breakfast and they did pancakes, crepes, waffles and so much more and practially every type of tea, ever. It’s a shame i don’t drink tea! I got a Strawberries and Raspberries Crepe with cream! 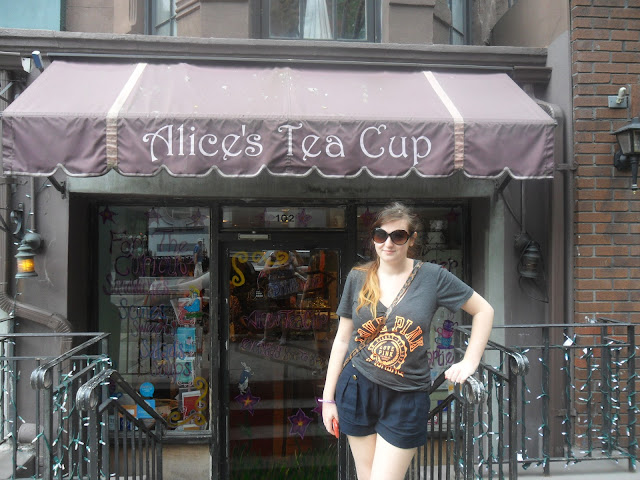 The next place we went to was the American Museum of Natural History which is where A Night In The Museum is filmed in! This Museum wasn’t really my thing and i kept on getting lost. We went to the Rose Space Centre and the Dinosaur section! It was raining when we came out so we had to buy brollies and man the rain! 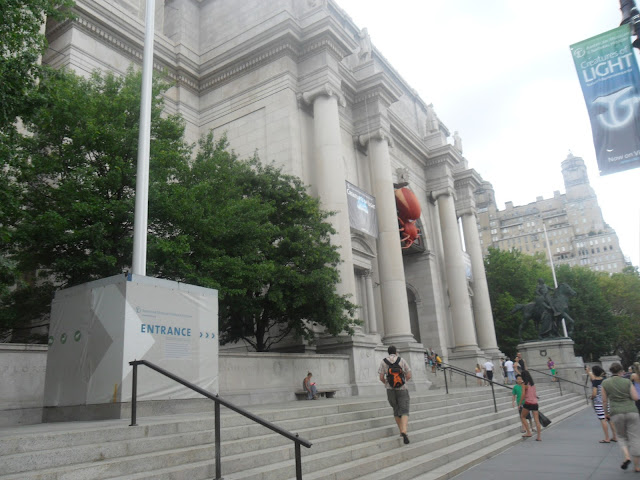 I saw a lot in Central Park which was nice but it wasn’t what i was expecting, we got quite lost here too! We managed to find the Bethesda Fountain which had been in Enchanted, Gossip Girl and Elf and just down a path is where the Boathouse is! 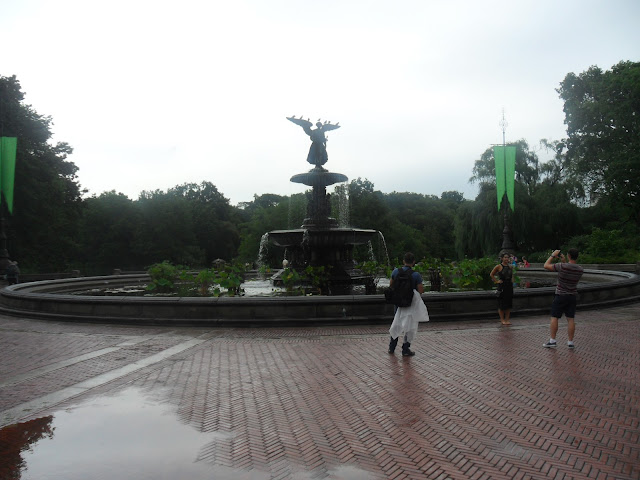 I don’t know if any of you have heard of the Boathouse but it’s a couple of restaurants in the middle of Central Park and this photo is of the nice view of it but round the back was a car park which wasn’t what i was expecting. Because of the rain i think there was no boats on the lake so i think that would have made it better! Amazing food though! 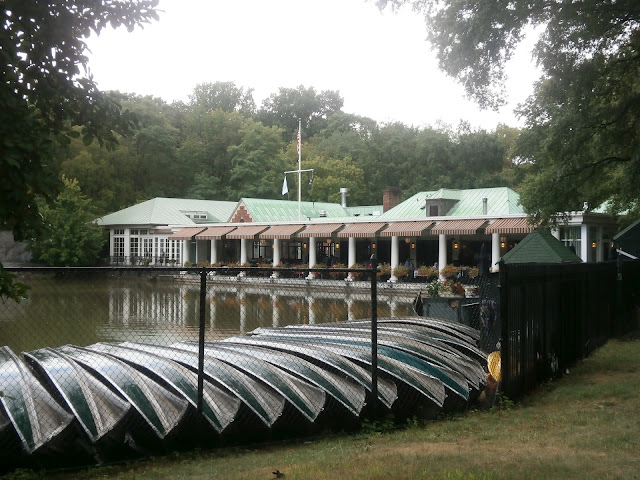 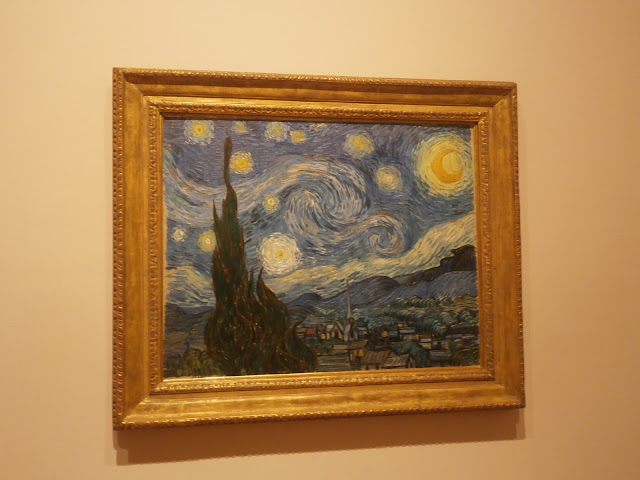 Me and My Mum had a quick trip to the MoMA. I did prefer this to The Met but this is because i have studied most of the paintings in the MoMA and i impressed my Mum with my knowledge of paintings in there! We saw this one by Van Gogh, Some Picasso, Monet, Batisse and Dali paintings. If you ever go be aware that if you have a backpack you have to put them in the cloakroom and there is insane ques, and the gift shop is AMAZING! 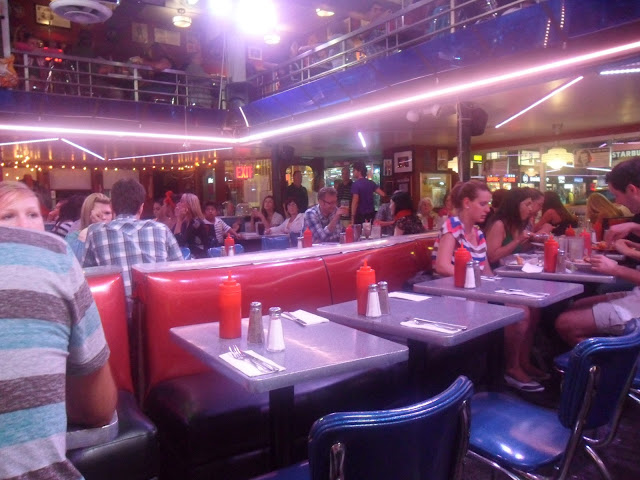 For Dinner we went to a 50s styled diner on Broadway called Ellen’s Stardust Diner. It was an amazing place with a great atmosphere as the waiters/waiteress’ were all aspiring singers/actors so they all sang and danced on the tables whilst working! I ordered a Spicy Chicken thing, Onion Rings and criss cross chips and they were so delicious! 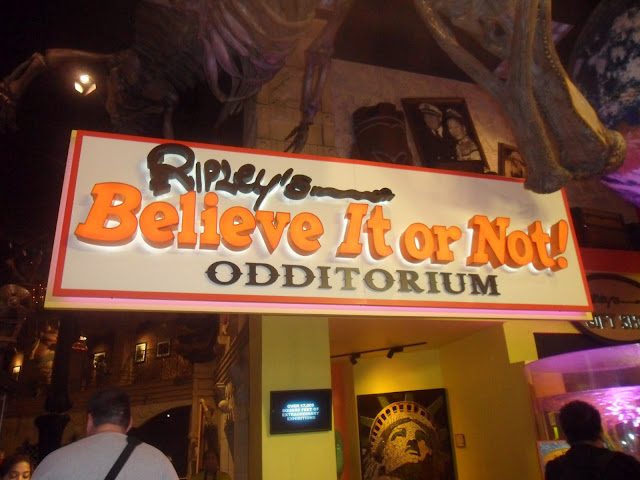 Afterwards we did MORE shopping and then went into Ripley’s believe it or not! Which is a fun museum with crazy stuff like three headed chickens, Barack Obama made from M&M’s and stuff like a model of the world’s tallest man! It’s a cool place and they have one in London which i’ve also been in (I think the London one was abit better). It still was a great place to go and they had a laser challenge when you had to creep out of a room and not touch laser beams (007 style). I got a terrible score but i was wearing a dress! We caught a cab home after leaving here!

Day 6 will be the last post as it was our last day 🙁 It will be posted soon along with hauls!