When i saw Zooey Deschanel’s tuxedo nails at the Golden Globes. I knew i had to try it out. I used the Models Own Wah Nails Art Pen, which i love! Everyone should have this, i’ve done so much with it! Perfect for polka dots, stripes, leopard print and i also did some cute snowman nails with them at Christmas! I also heard that Topshop are bringing out a range of nail art pens in a variety of colours, i can’t wait to try them out! To get the Tuxedo nails it’s really simple:
I first painted my nails with my Calvin Klein clear strengthen polish, then i painted them white with my Natural Collection polish. I need a new White polish because this one is horrendous so i did another coat with an unbranded top coat polish. 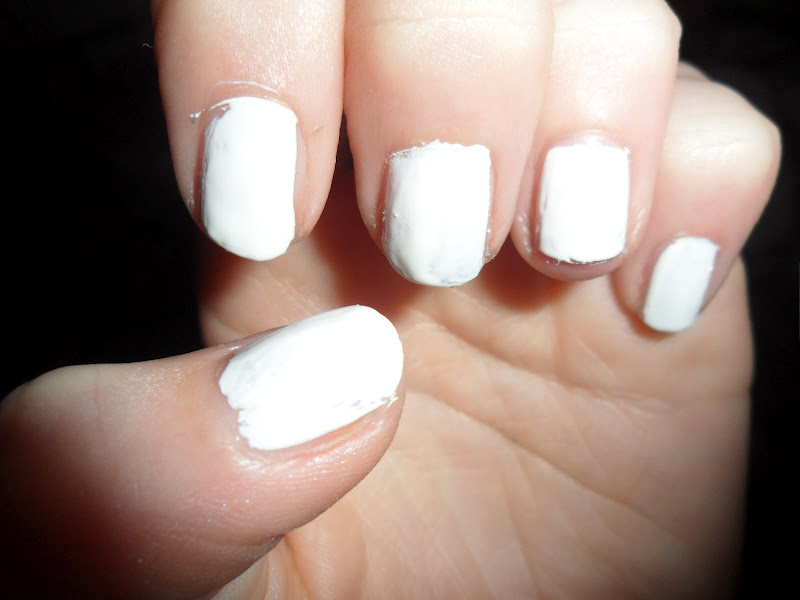 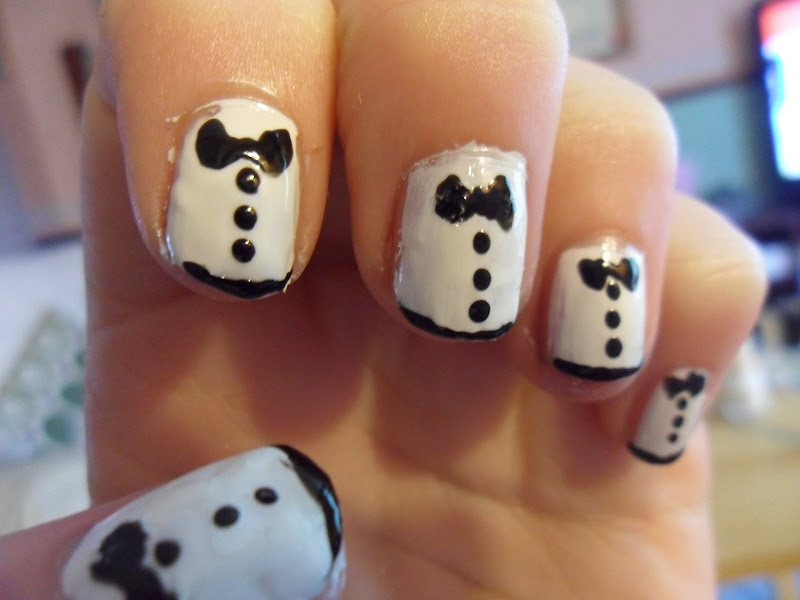 I then used my Wah nails to do a black tip then three polka dots as buttons and then a bow. To do the bow i did one small dot then two big ones next to it and then tried to form the shape better. Mine aren’t too good! 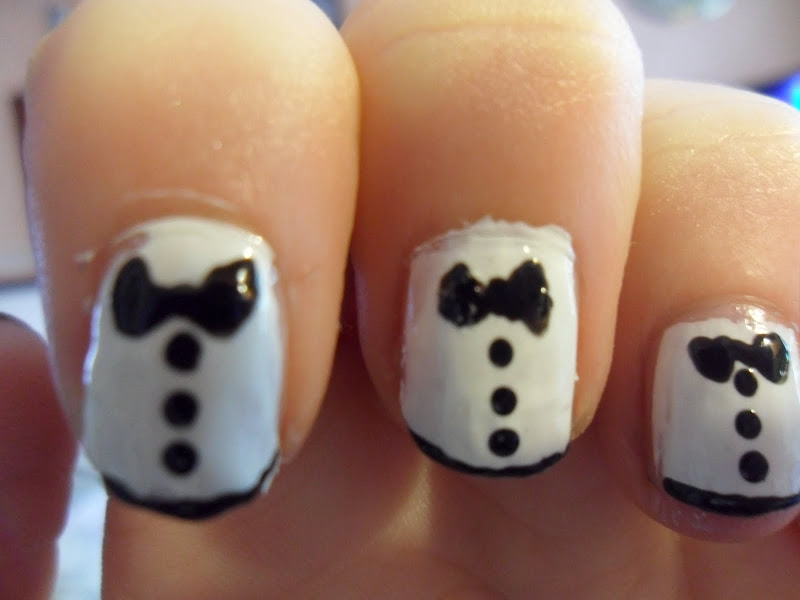 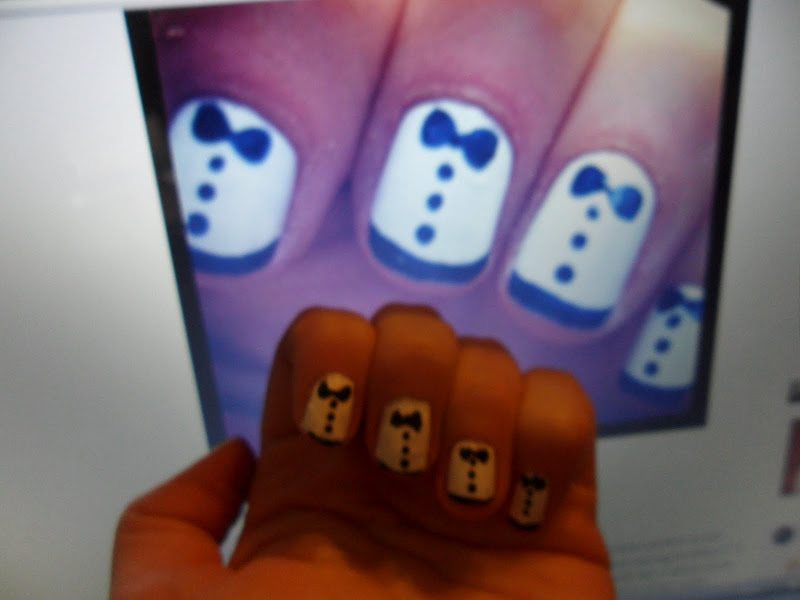 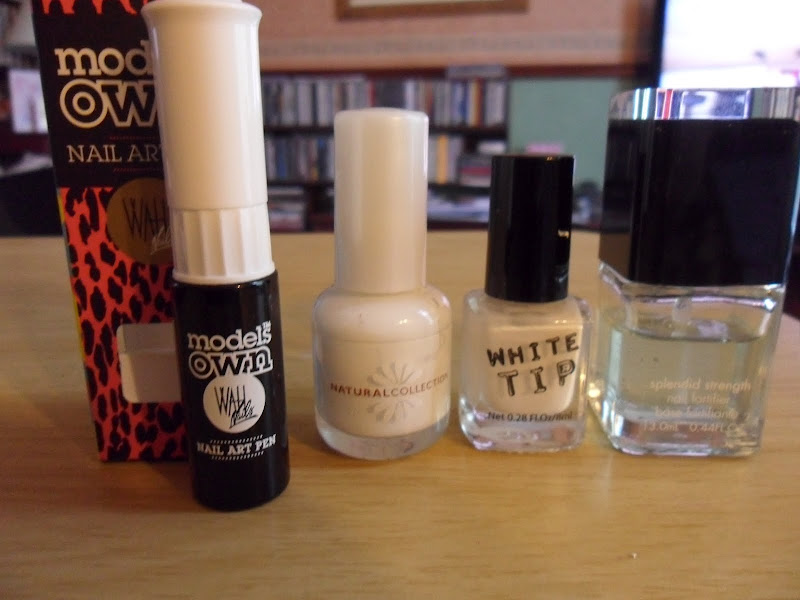