A Luxury Stay and Dining Experience at Hipping Hall

Last month, my boyfriend and I spent a couple of days exploring the Lake District. We stayed at Hipping Hall which is just on the outskirts of Kirkby Longdale and a short drive to the Lakes and the Yorkshire Dales. It’s in a good location for exploring so many different areas, we were mainly focusing on visiting the Lake District and it took around 30 minutes from Ambleside.

Hipping Hall is actually quite a small residence with every room whether it’s one of the six rooms in the main house, stables or cottages being different. On arrival, we were greeted at reception and shown up to our room in the main house which was a grand room. The rooms had recently been refurbished last year with interior designer James Mackie creating a cosy yet luxury space. Everything from the cushions to the paint used on the wall has been locally sourced which is something Hipping Hall takes pride in.

As it was a Grand Room, it was very spacious with our very own living area space which the chairs were unbelievable comfy. The bed was also incredibly comfy and huge, I think it was one of the best night’s sleep I’ve had in a very long time. Our room had a lovely view over the front of the house which we explored the next day. We’d had a pretty long day in The Lake District so it was nice to relax before our dinner in the restaurant downstairs.

Hipping Hall is very known in the North for its culinary delights which are created by head chef Oli Martin. The 15th-century dining room was pretty striking with wooden timbers and tapestry’s aligning the walls. It was the setting for our fine dining experience. We had opted for the eight-course Tasting Menu which was £80.00pp but you could also get matched wine package which we decided not to go for.

The attention to detail in the restaurant is unbelievable and you can really understand why this is a leading fine dining establishment. The prospect of eight courses was slightly daunting but the portions were just the right size, although the final course was a struggle. The tasting menu which changes daily kicked off with an amouse bouche of Sourdough Waffles and St James Custard which was utterly delicious. We then went on to have a range of courses featuring Isle of Mull Scallop and Coastal Greens, Salt Baked Beetroot and Lemon Thyme, Homegrown Courgettes and Potatoes served with an Almond Cream.

For our main dish, we had a choice of either Hereford Beef or Goosnargh Duck. I went for the Beef cooked Medium and it was incredibly delicious and full of flavour served with Charred Casterton Ramsons and Confit Kohlrabi. Stefan mixed it up and chose the Duck served with Our Elderberries, Poached Turnip.

Finally, it was time for desserts. My favourite part of any meal and with the eight-course taster menu, we had three dishes to finish off on. First up was Last Year’s Elderflower, Meadowsweet Cream, Flowering Currant, this was basically crushed ice, served with an Elderflower flavoured gel and flowers. Next up, was pieces of a home-baked doughnut served with strawberries. The finale to the taster menu was cream and jam filled pastries which were a great way to end the night.

The eight-course taster menu at Hipping Hall was an incredible culinary experience. The thought behind the menu and attention to detail in the dining room was second to none. Many of the ingredients were from the surrounding counties of Yorkshire, Lancashire and Cumbria and a lot of it was even grown in Hipping Hall’s gardens and freshly picked!

After a lovely night sleep in one of the Grand Room’s, we headed down to breakfast in the same Dining Room to prepare ourselves for another day exploring the Lake District. We both opted for the full English breakfast which came beautifully presented. It was absolutly delicious but I probably would have liked a slightly larger portion to set me up for the day. 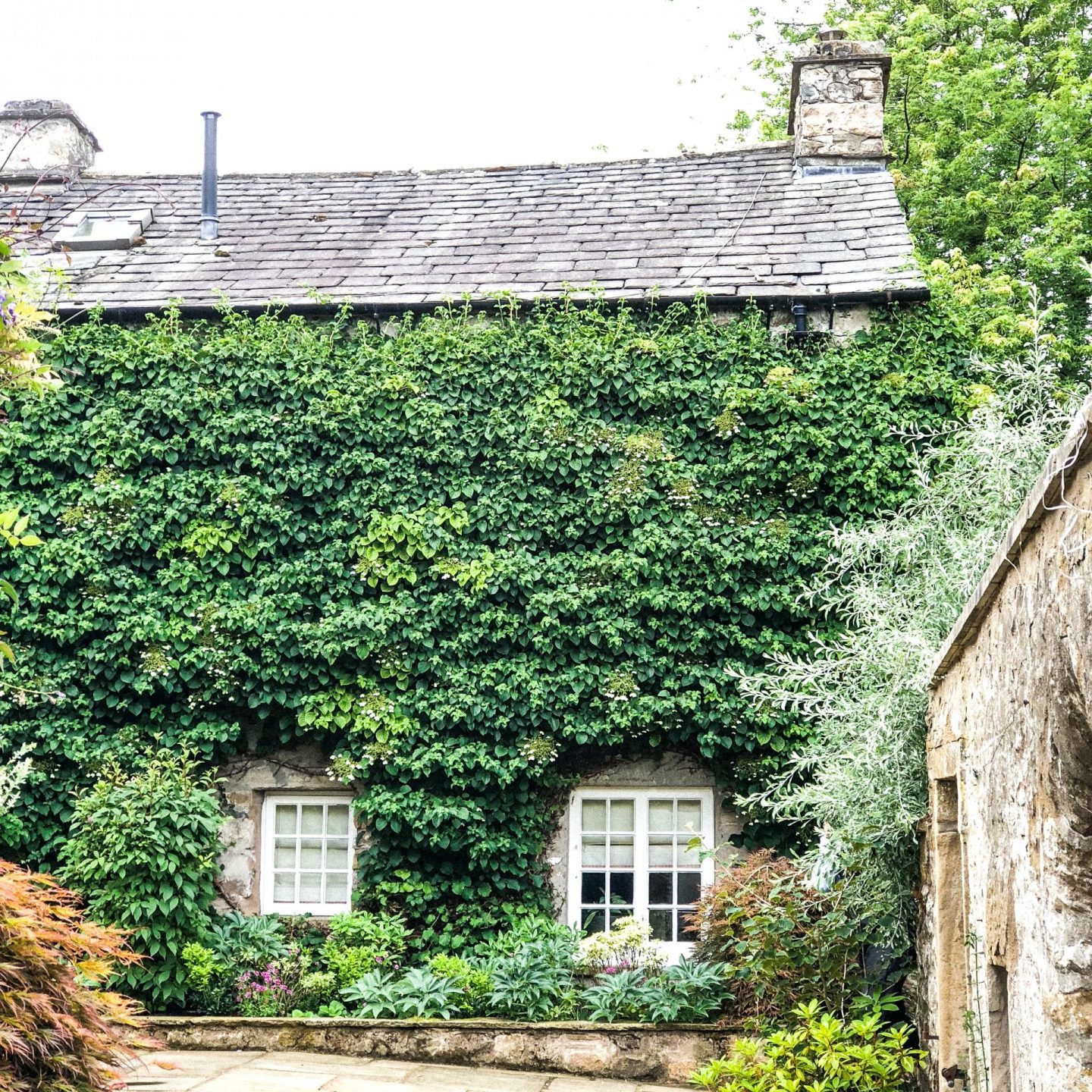 Before we left Hipping Hall, we explore the beautiful grounds and gardens and took a few photos. It’s such a beautiful setting in a lovely part of the UK with not only the Yorkshire Dales but The Lake District both on their doorstep. The food at Hipping Hall is what really makes this establishment stand out and I’d highly recommend a visit.

Have you been to this part of the UK?

* My Stay at Hipping Hall was complimentary in exchange for a review, all thoughts and opinions are my own.

PREVIOUS POST
Simple Tips to Improve Your Blog
NEXT POST
Six Beauty Products I will ALWAYS Re-purchase
3 comments so far.