I know some of you will be thinking Disneyland Paris, AGAIN? Back in May, I made another trip over to France for their 25th Anniversary celebrations. I actually have an annual pass which provides me with free access to the parks and some pretty great discounts on hotels, restaurants and the shops. This was the first time I’d looked into using the discount on the on-site Disney Hotels and we managed to get a great discount on the Hotel Cheyenne.

Three days prior to my trip to Disneyland, the foot incident happened. I could barely walk and was on crutches. It wasn’t an ideal situation to be in. In the end, we decided to ask for wheelchair assistance at the airport and also hire a wheelchair at Disneyland Paris for €20 per day. The wheelchair made our trip so much easier for me. I’m not sure the same could be said for my Mum, who had to push me around in the 28-degree heat.

Back to the 25th Anniversary Celebrations as that’s why you’re reading this, right? Not to hear me moan on about my fractured foot. The celebrations started at the end of March, but we decided to wait a couple of weeks until it wasn’t as busy. I’m just a little bit upset to have missed John Legend who kicked off the 25th Anniversary with a special performance. How incredible would that have been to witness in front of the castle?!

I’ve done several posts about my trips to Disneyland Paris, usually in a Travel Diary style. I thought it would be good to highlight what’s happening for the 25th Anniversary Celebrations & What’s new since my last visit in December. There have been some big changes which I was super excited to check out and of course, all the Anniversary shows and parade.

Disneyland Paris has only gone and got a new parade. It’s all very exciting as the previous parade had been in place for as long as I can remember. There were brand new floats throughout including a Finding Nemo one which I adored. The famous fire breathing dragon which I’d seen in Walt Disney World made an appearance which I thought was a nice addition to the parade. It was definitely about time that the parade was updated and everything looked so shiny and new!

I don’t know about you but the evening Spectacular is usually the highlight of any of my Disney trips. The anticipation that builds whilst everyone gathers around the castle and the sun sets is just so exciting. Illuminations really blew me away with the magic, including scenes from Disney tales old and new, incredible fireworks and projections. This show is 100% worth sticking around for after a long day in the parks.

I’ll hold my hands up and say that I’ve never seen a Star Wars movie (well up until this trip) and it seems that Star Wars has taken over most of the parks! I was slightly apprehensive about going on Hyperspace Mountain as I’m not even a massive fan of the original ride. Space Mountain has been completely renovated with a new look to incorporate going into battle with the Star Destroyer. You would usually have been able to get on this ride within 5 minutes but now you can see ques of up to 90 minutes!

My Verdict? I loved it. I wasn’t entirely sure what was going on but I found it more exciting and thrilling. Space Mountain was getting quite dated and it was good to have this new Star Wars story. They also have new harnesses on the ride which made me feel way more secure than previously.

Another exciting Star Wars related attraction that has had a revamp is Star Tours. This was never something that I was bothered about either, I’ve only ever been on it once before. Whilst, I’m not a Star Wars fan so I don’t really appreciate this simulator ride, it’s kinda cool that there are 70 different combinations. It’s highly unlikely you’ll get the same ride twice which will entice me on to it in the future.

We also checked out the First Order March in Walt Disney Studios. Again, not too sure what was going on but there was Stormtroopers there and Chewbacca made an appearance. I also had an encounter with Darth Vader which was the strangest thing I’ve ever done. I’m sure the photo says it all.

Throughout the day on the Royal Castle Stage is the Happy Anniversary Disneyland Show. We had stupidly decided to see this in the middle of the day when the sun was at the strongest and there is literally no shade around the stage. The show itself was absolutely lovely with so many character cameos joining Mickey Mouse as he celebrates the 25th Anniversary at Disneyland Paris. 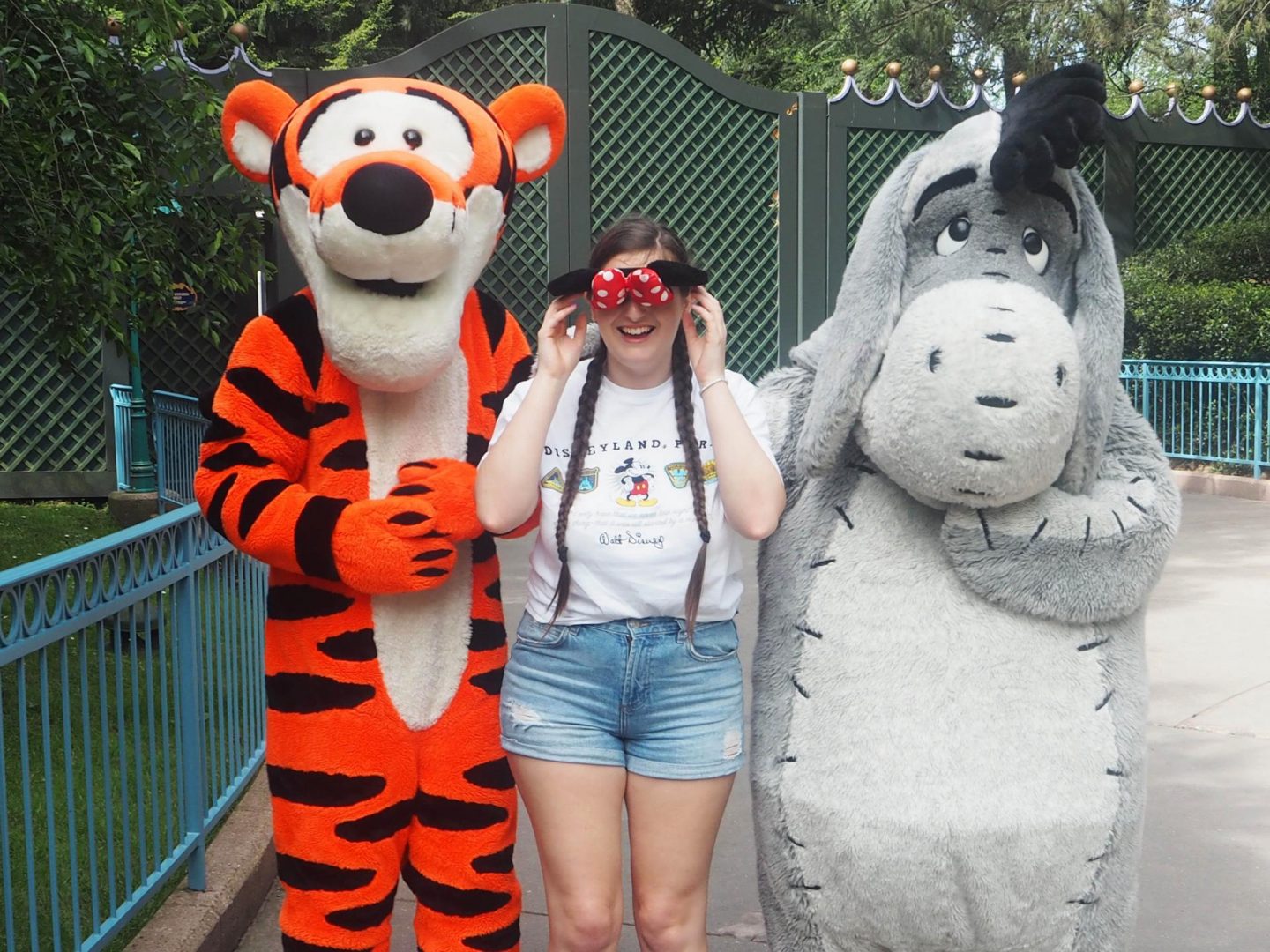 As it’s most likely going to be our final trip using our Annual Passes which we won’t be renewing, we tried to see the shows we have never seen, meet characters we’ve never met and visit a lot of our favourite attractions. All of the Characters were out in force throughout the parks and Mickey and friends had the most adorable 25th Anniversary outfits. Sparkling in blue and silver, we couldn’t resist these picture perfect opportunities.

We also got a chance to ride Big Thunder Mountain which has been closed during our last trips. I loved the water and projection features which are new additions to the ride. Also, on this trip was our first time seeing the Moteurs… Action! Stunt Show which was pretty insane. There is only one show a day but it’s such a massive production it’s not hard to see why. I was seriously amazed at some of the motor skills!

Keep your eyes out for some more Disney Vlogs on my Youtube Channel. I’ve uploaded my Disneyland Paris Haul below with some special 25th Anniversary items which I picked up during my trip.

I’m going to be doing a few more posts about my trips to the parks. These will include things like my top tips for making the most of your time there and visiting on a budget. Let me know down below if you want to know anything in particular.

Have you been to Disneyland Paris before? What is your favourite ride there?

Five Places to visit along the North…