Berlin seems like such a long time ago, it’s actually only been two weeks. I escaped the Beast from the East for even colder climes but thankfully a lot less snow but it seems I can’t escape The Beast 2.0! I’m going to be doing quite a few blog posts on Berlin as we managed to squeeze so much into the couple of days we were in the German Capital. In total, we spent four nights but had three full days to explore the city. One of the hotels in which we stayed in was the Motel One Alexanderplatz-Berlin. The hotel actually recently opened and is the 10th Motel One location in the city. 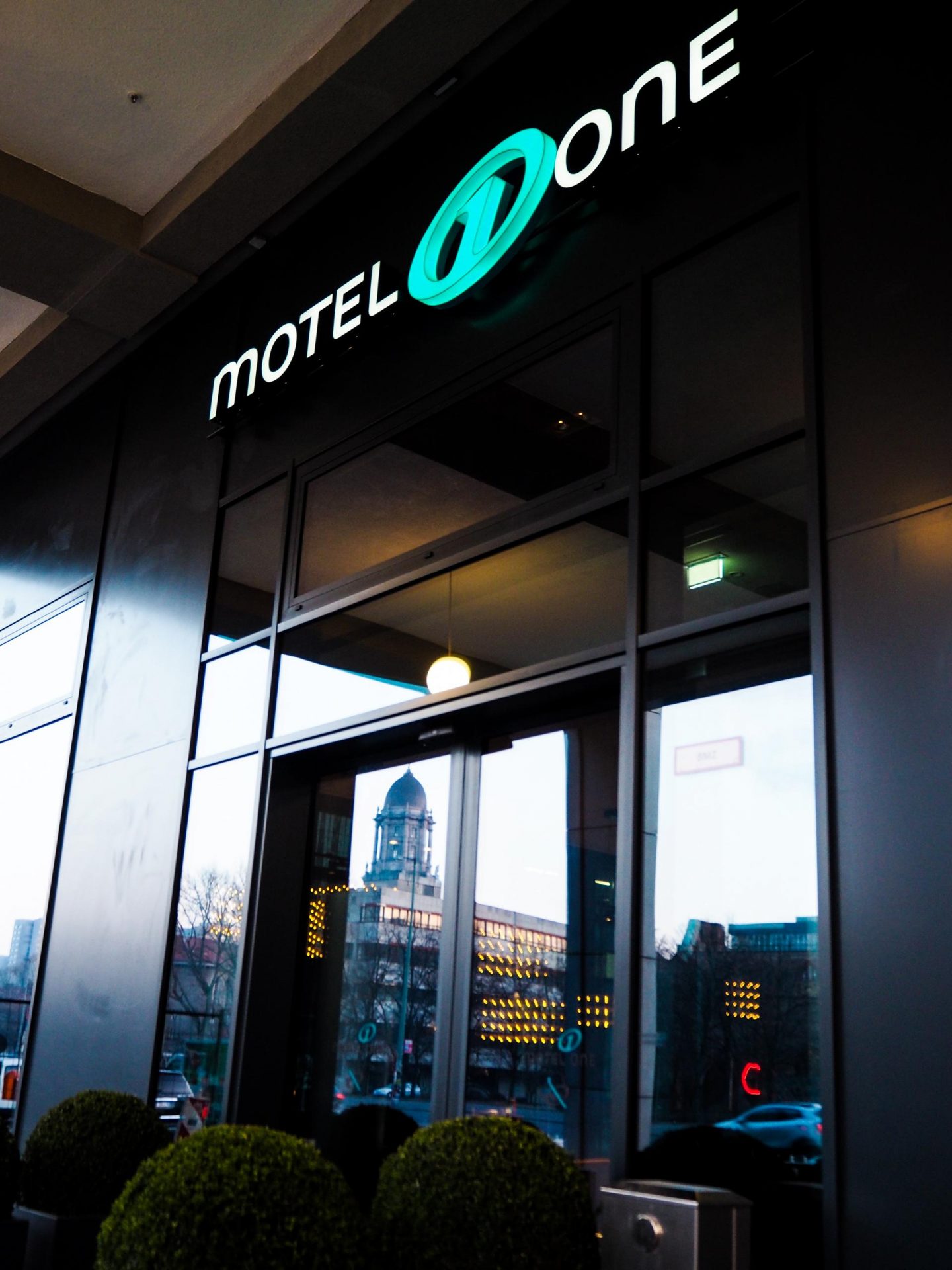 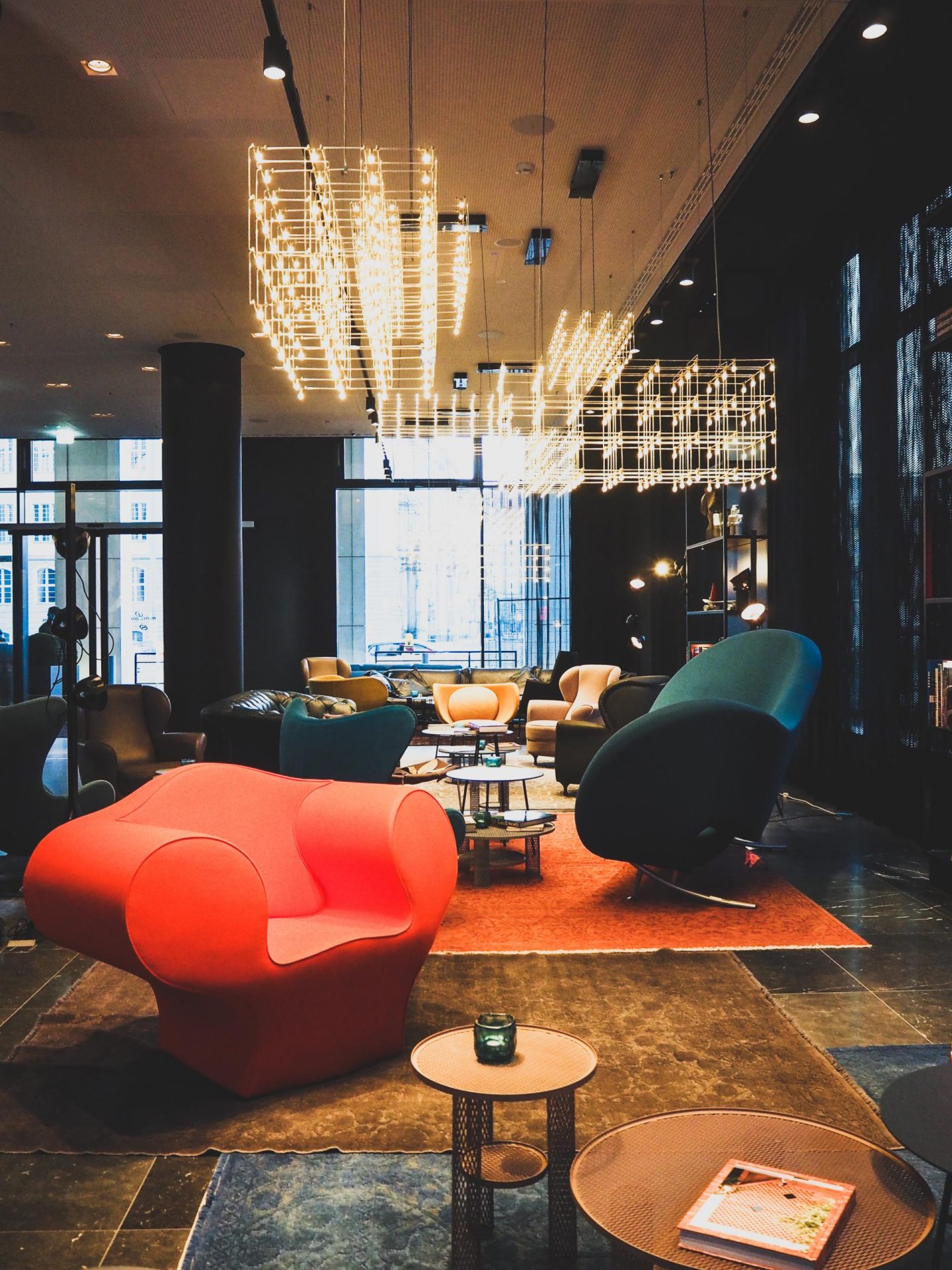 Alexanderplatz is a large square home to the TV Tower, plenty of shops, restaurants and is a central transport link to the rest of the city. The location of the hotel is great, you’re a 2-minute walk away from the station meaning Berlin is your oyster!

I’ve not stayed in a Motel One hotel before but I’ve got to say, my first impressions on arrival were very positive. The sleek, modern design of the hotel was completely unique with the lobby looking pretty incredible. Throughout the hotel, bar, breakfast area influence from Berlin’s street art and the young fashion scene were incorporated into the design. It was all very aesthetically pleasing, the furniture in the lobby was all exclusively designed by Italian manufacturer Moroso. I loved the big, bright and bold chairs.

The staff at the front desk was really friendly and quickly checked us into our 17th-floor room. Obviously, one of the big landmarks in Alexanderplatz is the TV Tower (which we actually went up, but more on that in another post) and we were really lucky to have the most amazing view of it. It’s crazy that even at 17 floors up in the hotel, the tower still literally towers over everything and looks giant. We also had views of Alexandraplatz Station and Museum Island with the top of the Berliner Dom in sight.

The rooms are very simplistic and compact but offer everything that you would want for a short stay. The rooms all had subtle accents of the design found in the lobby and also a great fashion quote by photographer, Bill Cunningham. As someone who’s very into fashion, I thought it was a great little touch to the room. 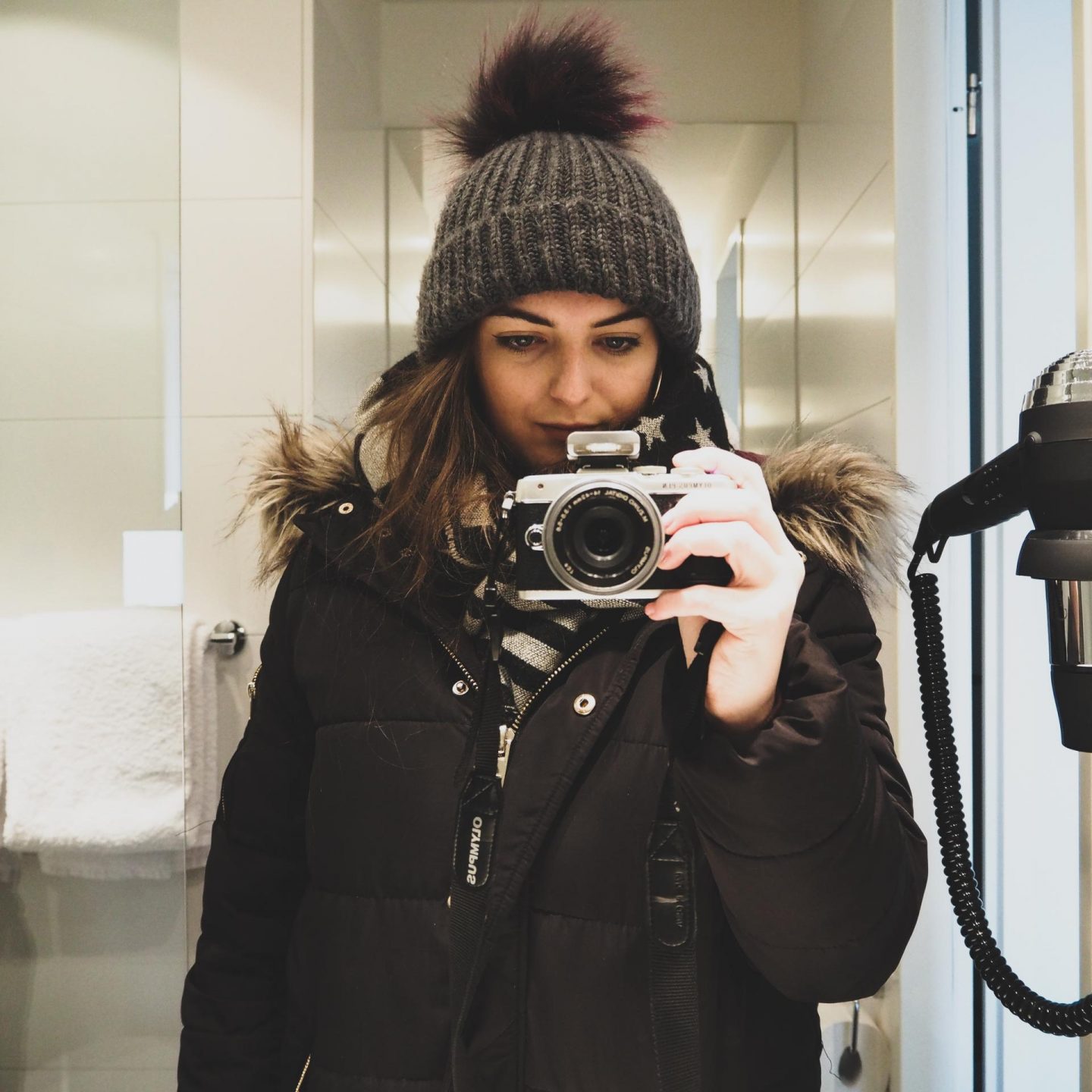 After a day exploring the city in the cold, we decided to stay in the hotel for our final night. I actually ordered a pizza to the hotel. I was truly in my element eating pizza and chocolate cake in a rather comfortable bed out of the cold with a spectacular view over the TV Tower.

Unfortunately, we couldn’t spend a lot of time at the hotel the following day as our flight home was at 10 am. We luckily managed to make the start of the continental organic breakfast at 7 am to indulge in some yummy pastries and get some fruit before heading over to the airport. Because of the ideal location, we could get straight over to the airport from Alexanderplatz in around 50 minutes.

Overall, the hotel was lovely. It’s a really great affordable option with a sleek and interesting design reflecting the Berlin Art & Fashion scene. You can see from some of the photo’s that a lot of effort has gone into the concept art in the hotel to make it a unique stay. Rooms in the new Motel One Berlin-Alexanderplatz can be booked now from EUR 79 per night. Find out more information here.

Have you ever stayed in a Motel One hotel?

*I was provided with a complimentary one night stay at the Motel One Alexanderplatz-Berlin in exchange for an honest review. All thoughts and opinions are my own.

Don’t forget to check out my Givenchy giveaway!

Hotel vs Self Catering Holidays

How I Got Tickets to Visit The…

9 responses to “Motel One Alexanderplatz, Berlin”