The One Where I went to Friends Fest

Friends Fest has arrived in Yorkshire. The Festival opened their gates on Wednesday in the grounds of Harewood House. My Mum and I have been counting down the days since we bought tickets a couple of months ago. I wasn’t too sure what to expect but after seeing a couple of photographs from the London Festivals, I knew that it was an actual outdoor festival. Although today is the last day it’s at Harewood House, it will be moving on to Knebworth House between 21st-25th September and then Blenheim Palace the following week.

We popped on the bus from Leeds City Centre to Harewood House and ended up having to walk across a sodden field to get to the actual festival. We finally made it and was greeted by a big stage and screen playing viewers favourite moments. Each corner of the festival was home to a different ‘scene’ where we could go and explore and have plenty of photographs. We were feeling pretty peckish so the first stop was the Mockolate truck which sold waffles and crepes all served with Mockolate aka Nutella. Being the bad blogger that I am, I totally forgot to take a photo! 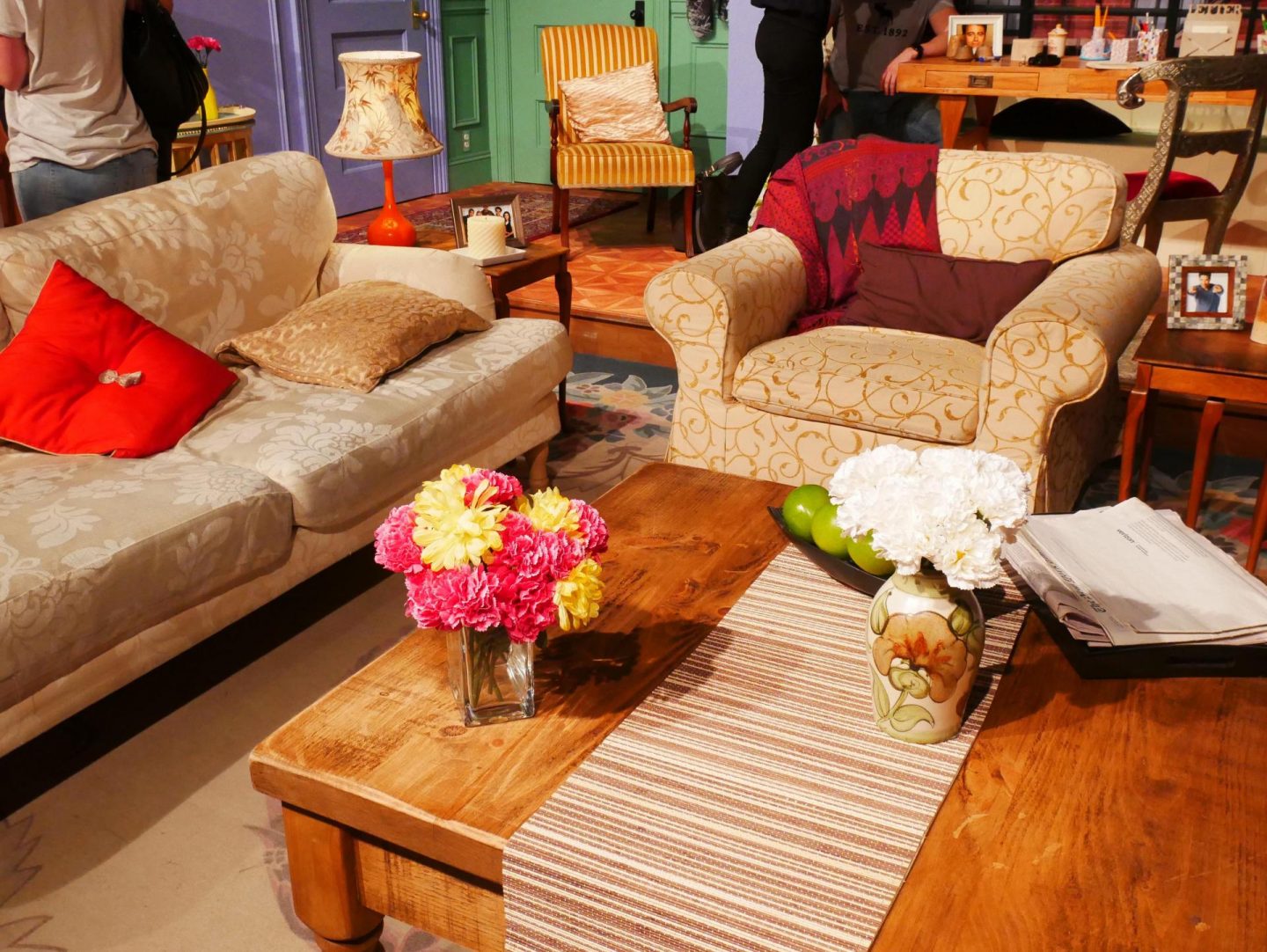 Our timeslot to view Monica’s Apartment rolled around and we patiently got in the que. Before entering the apartment, everyone was able to reenact the opening sequence on the sofa with umbrellas. It was then on to the apartment which I’m pretty sure is a lot smaller than on the TV. There w343s helpful members of staff everywhere to take photo’s not just in Monica’s Apartment but in all the sets. It crazy to see the apartment and the kitchen especially was exactly the same.  I must say the lighting in there was not on point for photo’s!

The Next Stop was Chandler and Joey’s Apartment. Well, a little bit of their apartment complete with lazyboy reclining armchairs and the famous TV cabinet and little rowing boat! Right by the set was the Chick and the Duck bar which sold cocktails for £7.50. The cocktails all were named after Friends related sayings such as Pivot!, Oh My God!, How you doin’, Bing-a-ling & Smelly Cat. I didn’t end up getting one but wish I had now as they sounded pretty good!

There was a short que to get into Central Perk and we got our photo’s taken outside before going in. A lady whose name I can’t remember was on stage singing Pheobe’s songs and doing ‘Smelly Cat Karaoke’. It was a bit of shame as there was a photo opp to stand on the stage with a guitar but they wouldn’t let you go for a photo if you wouldn’t participate with the karaoke. This was something I was not down for doing.

You could also get dressed up for Rachel and Ross’ wedding and head to Vegas at the little wedding chapel. Dance your socks off like Ross and Monica at the Silent Disco and do the dance, where they had set up New Year’s Eve. I absolutely loved Monica’s Moon Dance Diner. I’m not sure if this was because the Pork Sandwich we got was insanely tasty or I just loved the 50’s vibe. Every so often the staff there would start dancing around the tables just like the actual diner.

I absolutely loved Friends Fest. I loved that it actually was a festival but with a twist. It’s crazy that there’s so many other people out there that must love it as much as I do. If you’re a fan of Friends, you need to go! Do you have tickets for Friends Fest? Have you been already?

Inspiration for Gifts for Her

The Best Destinations for your next Road…

PREVIOUS POST
8 Places to Visit in London if You’re a Harry Potter fan
NEXT POST
Tips For a Family Trip to Tokyo
28 comments so far.

28 responses to “The One Where I went to Friends Fest”