Last year I went on a family trip to the concrete jungle where dreams are made of. It took 9 months of planning but in August 2012 for my eighteenth birthday, we set off on a holiday of a lifetime to the big apple. Flying from Manchester we boarded an early morning flight and landed at JFK just after dinner! We hopped in a taxi and the excitement level was turned up at a notch the closer we got to Manhattan. The first glimpse of the Empire State Building and the Manhattan Skyline and I knew we had arrived. 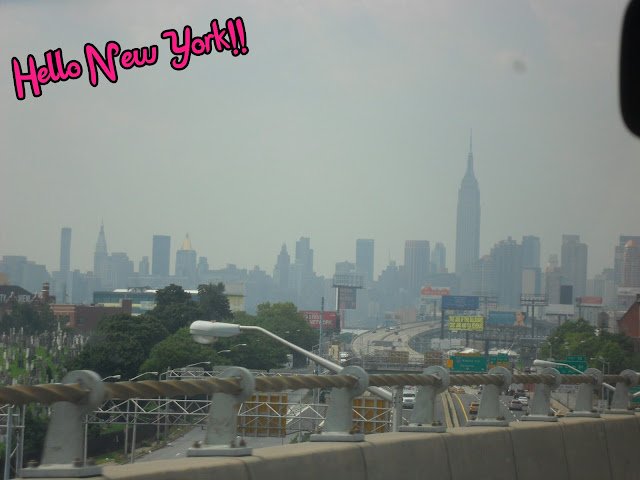 One of the first things we did when we arrived was walk down 5th Avenue. My own personal shopping heaven. The flagship store of Tiffany’s was everything i ever imagined it would be like and of course i had my Audrey Hepburn moment. New York is the ultimate place for a shopaholic, there is everything. Bergdorfs, Bendels and Bloomingdales – What more could a girl want? 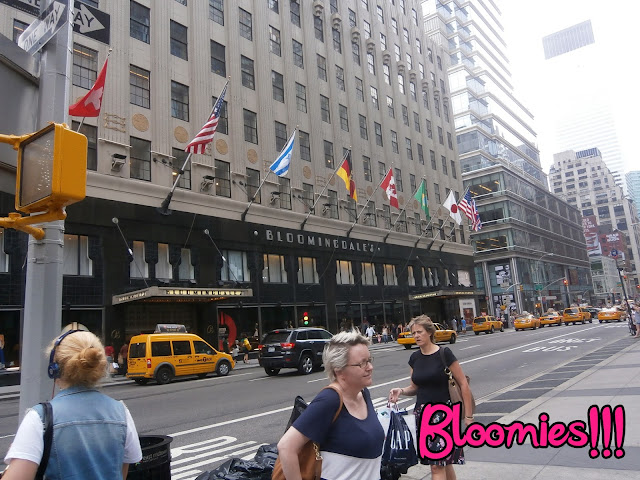 Times Square by day is pretty great but at night with the billboards all lit up is incredible. Times Square on the television does not do it justice. There is so much more going on, the billboards filling out into side streets, entertainers on every corner yet New Yorkers are rushing about doing their daily business unfazed by it all. We spent a lot of time in the evenings in Times Square, I love the big wheel inside Toys R Us and a restaurant dedicated to Forrest Gump is pure excellence. We also managed to catch seeing Mary Poppins on Broadway, aside from the terrible English accents it was wonderful! 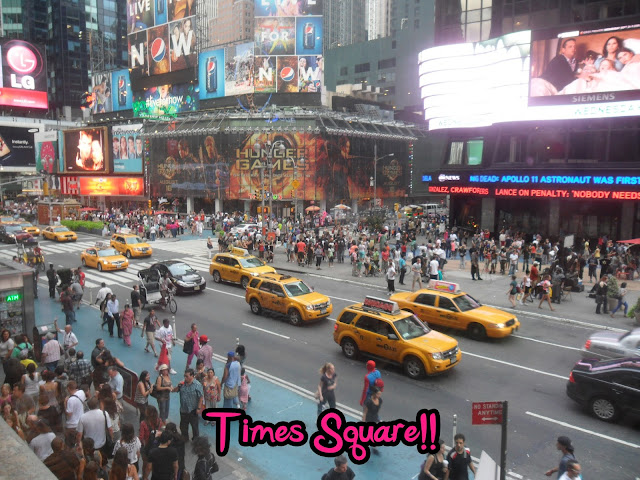 Looking down on Manhattan is truly mesmerizing, so much to see and so many skyscrapers. I experienced the sights by day on Top of the Rock and by night on top of The Empire State Building. This was my first glimpse of Central Park and what a view, it still baffles me how such a huge park is amongst all these skyscrapers! New York was beautiful by night with all the twinkly lights but i loved the view by day. 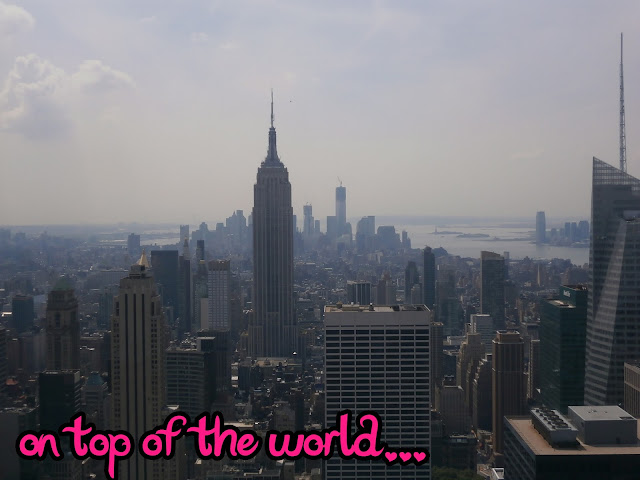 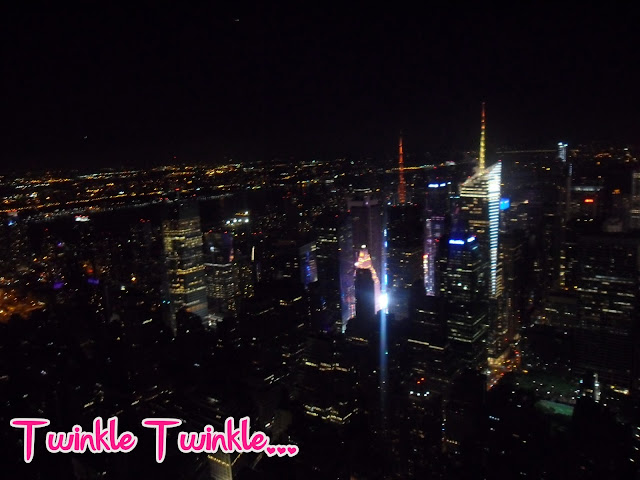 Central Park is a green maze which you can easily get lost in.. we got lost a lot and only saw a very small percentage of the park. It’s very beautiful, clean and insane how it’s surrounded by the hustle and bustle of the city! Unfortunately, it rained whilst we were busy getting lost but we managed to find shelter in the Boathouse which is a lovely little restaurant and cafe on side of the boating lake. They also do incredible fries and homemade lemonade. One of my highlights was seeing the Alice in Wonderland statue, I’d seen it in some movies and it’s always nice to witness something in person. 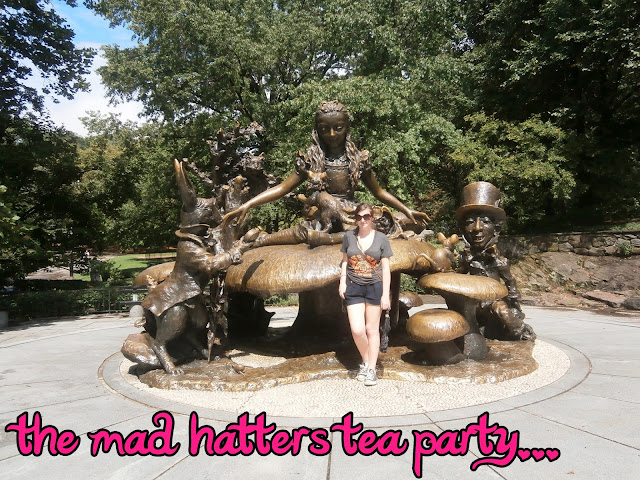 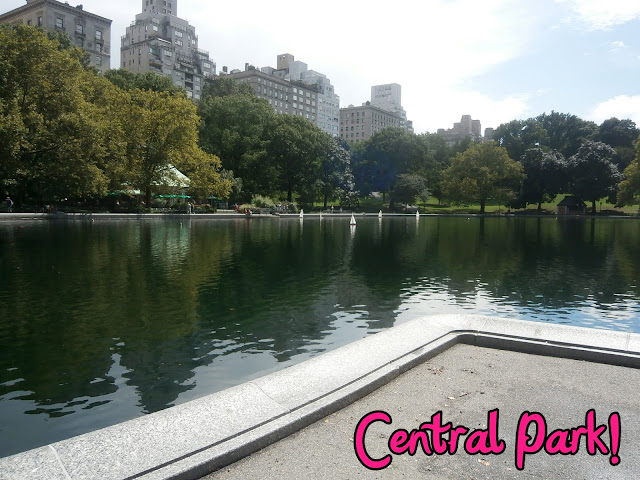 It was a gorgeous sunny day when we went to Liberty Island to see The Statue of Liberty… Lady Liberty herself! Although she was closed and you couldn’t go up her, It was amazing seeing such a famous sight in person! We had to catch a ferry to the island and as we got closer, she got bigger and bigger and the statue was just how i imagined it would be! A great thing about been on Liberty Island was the view, not only was you up close and personal with Lady Liberty herself you had an incredible view of Lower Manhattan and Brooklyn Bridge! 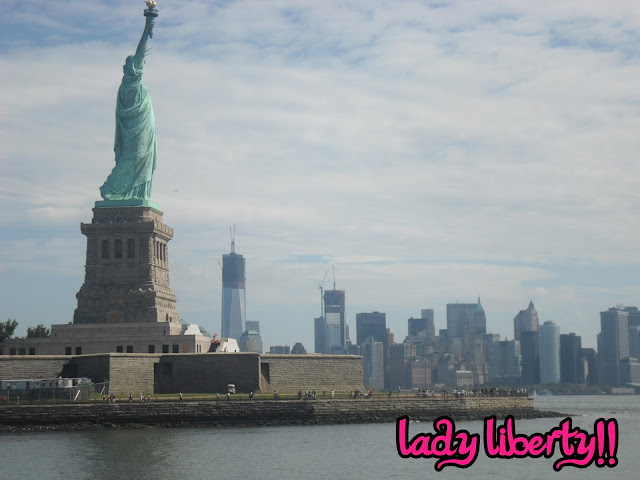 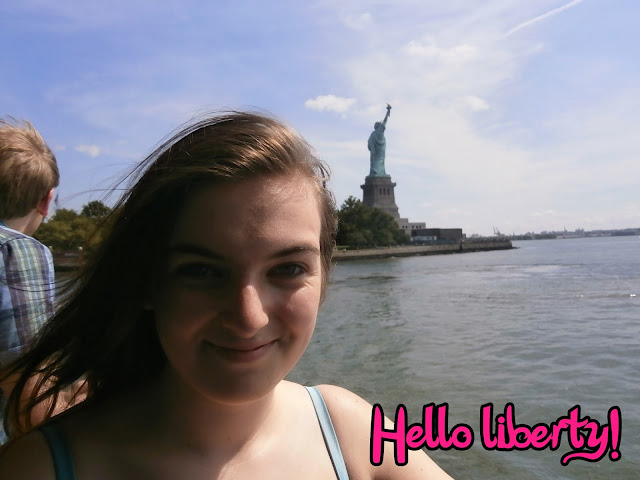 There was so many memorable moments on this trip it’s unbelievable, I could spend hours reminiscing my days in New York. I don’t think I’ll ever forget the places and sights I saw, I had the best birthday I could’ve ever hoped for. I hope I’ll one day go back to New York and even explore America more.

This was my entry for the ‘Holiday Postcards’ Competition which is currently been held over on Travel Supermarket’s website.